I went to the Mets’ home opening game today.  We won, against the Philadelphia Phillies. I normally go a few times every baseball season.  And I go to one or two Jets games every football season. Maybe a basketball and hockey game too. 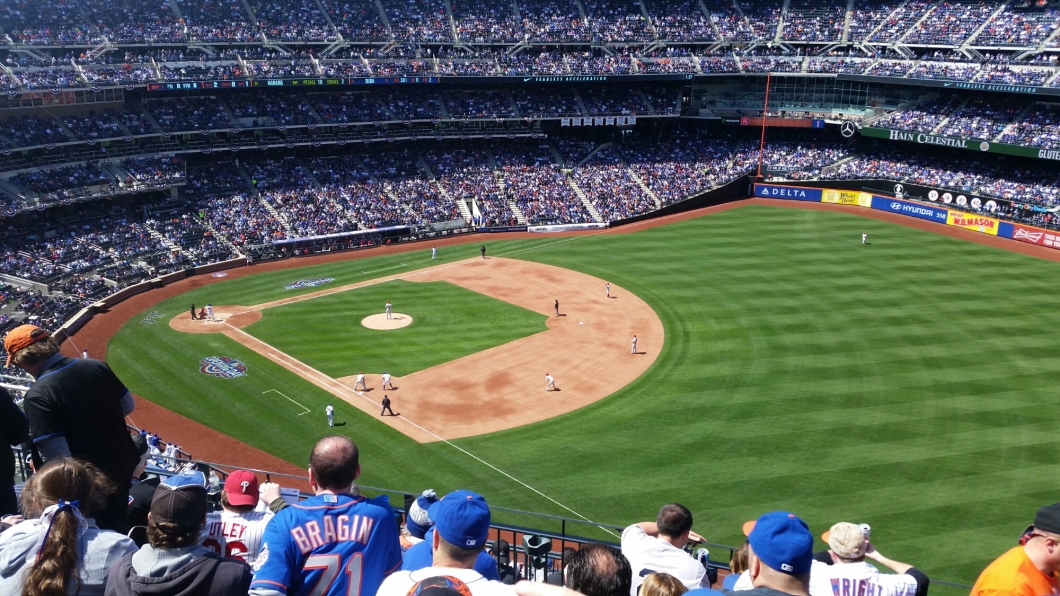 Ok ok my teams aren’t that great but they both have made improvements in the off-season,  so we’ll see.

But why do I like sports at all? I mean,  I don’t play them,  I haven’t since I was twelve years old.

“For the love of the game” is the generally acceptable answer. But let’s talk about that for a moment. The actual movements, rules, field, pace and equipment? Seems weird, but ok, I guess. There are some sports that don’t quite click with me. But let’s “double click” on that,  if you will, to see if there’s anything else.

Athletes doing something I gave up on a long time ago, so there’s a little envy or jealousy.

We have our favorite athletes, even wearing clothes with their names on them. Heck, sometimes we put our OWN names on the team jerseys.

And with that, there’s a bit of living vicariously, which makes being a fan of a winning team that much more awesome. I can feel happy, elated, almost as if I won. Because in a way, in my head, I did. I’m cheering ME on along with THEM. “We won!” as they say. Heck the Seattle Seahawks refer to their fans as the “Twelfth man” as in “on the field.”

Sports are good for bonding: going to games,  watching them on tv, talking about them, knowing stats, feeling like an authority on them, calling into sports shows. Heck I go to family barbecues and conversation topics often go to sports: which teams were best, which players were best, who had which stats, etc.

Sports also allows us to yell and scream as we cheer for our teams. Let’s face it, we rarely yell and scream in life it’s considered acceptable. It’s therapeutic. If I’m at a football game and I screamed “Damn you Suzie, you cheating liar!” it would be drowned out by the other screaming fans. I’d be able to get it out if my head AND there would be some noise in the crowd. Win:Win scenario.
(Note: At games there are often announcements to “Make some noise!” They do NOT specify they type of noise.)

Having the opportunity to yell and scream goes back eons. Look at ancient Rome, with gladiators in the Coliseum, the people cheering on athletes, who happen to be killing each other. Geez, they even released lions on them, and people cheered them on.

I know sports events these days can get pretty intense, with all of the excitement, cheering and screaming at the games. If a lion was released on the field or ice, I would ALMOST be ok with it.

And lastly: cheerleaders. I’ve worked in an office all of my adult life and there have NEVER been scantily clad women dancing and screaming for me as I worked at my computer. No “GO REX! ENTER DATA!”

Damn, companies gotta get that going.