So an ol coworker whom I’m friends with, “Fred,” was in from out of town and reserved me for drinks this evening.  There were to be some other people from the old company plus from his current company. I’m a social guy and could hold my own.

We went to a bar in Manhattan in Midtown, on the west side.

Great to see him. And great to drink on his company card.  Bonus.

But then… what’s that? Going for dumplings for dinner?

So this other former colleague, “Ben,” suggested this Chinese place two blocks west of Times Square. 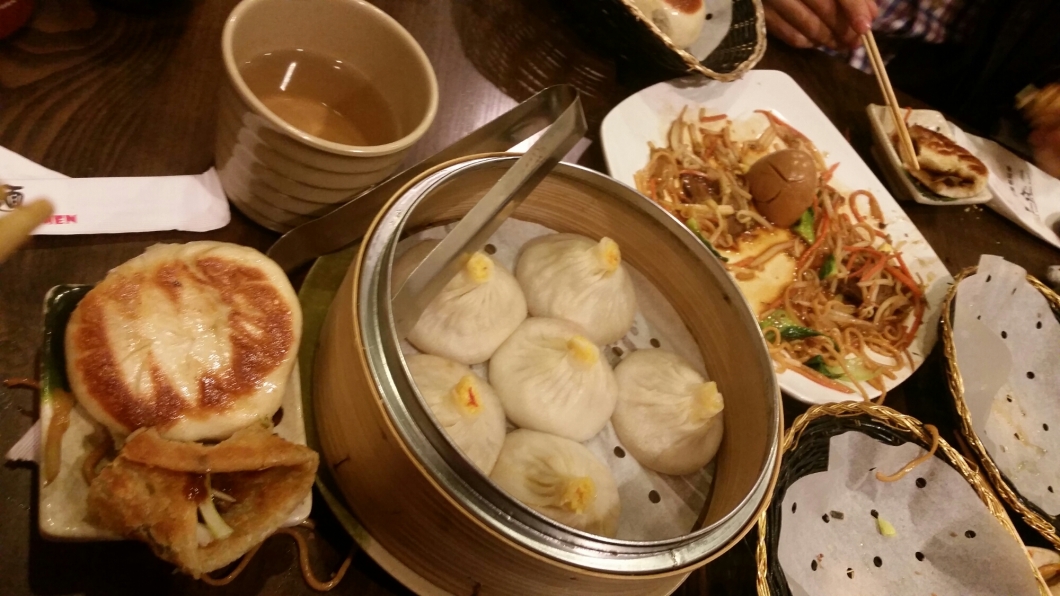 WOW I am a happy man. The food was amazing. No, Fred couldn’t expense it as well, but $22 per person including tip (didn’t have any alcohol) wasn’t bad at all.

And to boot at my subway transfer point in Brooklyn going home there was a guy playing the didgeridoo.

And after I snapped a pic, he said something to the effect of making a donation. And he has a point, he is a subway performer, so I gave him a buck.

Now I’m not one to say “only in New York” because I have no idea about other cities. That said,  I’m thankful that I live in a city that has such diverse points of interest.

And oh yeah, when Fred and I worked together, we occasionally, on purpose,  tried to out-do each other in terms of clashing shirt/tie combos. Why? Because fuck it.

Fred usually beat me since he normally had loud clothes.

So today I honored him with this combination:

And yes, I now realize my shirt could have used some ironing.  Oh well.